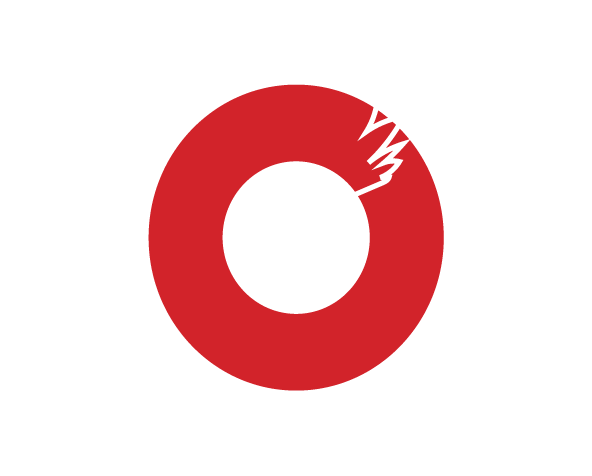 Discoveries include confirmation of a submerged forest, and that Waterford county was among the first places in Ireland to be settled 10,000 years ago

Representatives from Ireland, Wales and the United States of America came together recently to discuss The First Settlers of County Waterford as part of a series of cross-border network events hosted by the Portalis project.

The free public seminar held at The Granville Hotel included a fascinating look at archaeology and climate change, and a discussion about how Irish and Welsh coastal communities and their visitors can best work together to preserve their natural and cultural heritage.

Introducing the panel of guest speakers on the evening, Donal Nolan, Strategic Projects Officer at Waterford Chamber of Commerce, noted the great turnout and the presence of the event’s international guests.

The Portalis project explores the story of the first journey between Ireland and Wales dating back to the Mesolithic period. Keynote speaker Professor Stanton Green, Portalis Public Archaeology Ireland Lead, GRA, and his project colleagues Dr Joseph Schuldenrein and Claudia Green, presented the latest developments of the project which include prehistoric stone artefacts, animal bones and environmental coring from Fornaught Strand, County Waterford.

Big discoveries so far this year include confirmation of a submerged forest one and a half meters below the strand, and that Waterford county was among the first places in Ireland to be settled 10,000 years ago. Commenting on the project’s archaeological developments, Prof Stanton Green said, “The next step will be to compare our work in Ireland with that of our Welsh partners so that we can reconstruct the cultural and natural landscape of the Irish Sea and its surroundings.“

Joy Rooney, Portalis Senior Responsible Officer, Lecturer and Researcher in Design, South East Technological University (SETU) provided attendees with an interesting overview of Portalis, and how it will develop an engaging new visual narrative based on analysis of existing evidence and new data collected within the project. She noted a key objective of Portalis was “to increase and sustainably spread visitor numbers to coastal communities through two unique cross-border networks, the first a cultural network and the second experiential tourism”.

Closing the event, Donal Nolan thanked those for attending and remarked on the strong support both in Ireland and from abroad in bringing the project to life.

The €1.95m Portalis project, supported by €1.5m funding from the European Regional Development Fund through the Ireland Wales Cooperation Programme, explores the story of the first journey between Ireland and Wales dating back to the Mesolithic period and aims to raise awareness and support community and business by establishing new tourism and cultural networks, and two new visitor experiences at Waterford Museum of Treasures, Ireland, and Ceredigion Museum, Wales.

Supported by €1.5m from by the European Regional Development Fund through the Ireland Wales Cooperation programme.

Epilepsy Safe Mode
Dampens color and removes blinks
This mode enables people with epilepsy to use the website safely by eliminating the risk of seizures that result from flashing or blinking animations and risky color combinations.
Visually Impaired Mode
Improves website's visuals
This mode adjusts the website for the convenience of users with visual impairments such as Degrading Eyesight, Tunnel Vision, Cataract, Glaucoma, and others.
Cognitive Disability Mode
Helps to focus on specific content
This mode provides different assistive options to help users with cognitive impairments such as Dyslexia, Autism, CVA, and others, to focus on the essential elements of the website more easily.
ADHD Friendly Mode
Reduces distractions and improve focus
This mode helps users with ADHD and Neurodevelopmental disorders to read, browse, and focus on the main website elements more easily while significantly reducing distractions.
Blindness Mode
Allows using the site with your screen-reader
This mode configures the website to be compatible with screen-readers such as JAWS, NVDA, VoiceOver, and TalkBack. A screen-reader is software for blind users that is installed on a computer and smartphone, and websites must be compatible with it.

We firmly believe that the internet should be available and accessible to anyone, and are committed to providing a website that is accessible to the widest possible audience, regardless of circumstance and ability.

To fulfill this, we aim to adhere as strictly as possible to the World Wide Web Consortium’s (W3C) Web Content Accessibility Guidelines 2.1 (WCAG 2.1) at the AA level. These guidelines explain how to make web content accessible to people with a wide array of disabilities. Complying with those guidelines helps us ensure that the website is accessible to all people: blind people, people with motor impairments, visual impairment, cognitive disabilities, and more.

This website utilizes various technologies that are meant to make it as accessible as possible at all times. We utilize an accessibility interface that allows persons with specific disabilities to adjust the website’s UI (user interface) and design it to their personal needs.

Additionally, the website utilizes an AI-based application that runs in the background and optimizes its accessibility level constantly. This application remediates the website’s HTML, adapts Its functionality and behavior for screen-readers used by the blind users, and for keyboard functions used by individuals with motor impairments.

If you’ve found a malfunction or have ideas for improvement, we’ll be happy to hear from you. You can reach out to the website’s operators by using the following email info@portalisproject.eu

Our website implements the ARIA attributes (Accessible Rich Internet Applications) technique, alongside various different behavioral changes, to ensure blind users visiting with screen-readers are able to read, comprehend, and enjoy the website’s functions. As soon as a user with a screen-reader enters your site, they immediately receive a prompt to enter the Screen-Reader Profile so they can browse and operate your site effectively. Here’s how our website covers some of the most important screen-reader requirements, alongside console screenshots of code examples:

We aim to support the widest array of browsers and assistive technologies as possible, so our users can choose the best fitting tools for them, with as few limitations as possible. Therefore, we have worked very hard to be able to support all major systems that comprise over 95% of the user market share including Google Chrome, Mozilla Firefox, Apple Safari, Opera and Microsoft Edge, JAWS and NVDA (screen readers), both for Windows and for MAC users.

Despite our very best efforts to allow anybody to adjust the website to their needs, there may still be pages or sections that are not fully accessible, are in the process of becoming accessible, or are lacking an adequate technological solution to make them accessible. Still, we are continually improving our accessibility, adding, updating and improving its options and features, and developing and adopting new technologies. All this is meant to reach the optimal level of accessibility, following technological advancements. For any assistance, please reach out to info@portalisproject.eu